Lili Trifilio is the girl who recorded her debut EP in her parents’ bedroom under the moniker Beach Bunny. At the young age of 19, the Chicago native is currently balancing a budding music career as a singer/songwriter while taking classes full time at DePaul University. Being a fellow Hippo Campus fan, attributing the inspiration for her EP to them, a Midwesterner, and absolutely hilarious on social media, she and I hit it off immediately.
Lili began taking guitar lessons as a preteen, and continued through junior high when she got into indie/alt. music; “someone showed me Foster the People and I was like ‘Wow this is different’ [. . .] I think once you start [listening to indie/alt music], there’s no going back!” She kept at it, continued practicing, self-teaching, and writing songs through high school when she realized that, “there’s some passion here.” It was then that Lili decided this very well could be something she wanted to pursue professionally.
She had plans to record an EP set for the summer of 2016, but when she went home for winter break (which happened to be 6 weeks long, the title of the EP’s hit!) she found herself with much free time and decided that she was going to do it right then. Lili did everything herself, from recording and producing, to the cover art. “There’s this spot in my parents room that has nice acoustics, and I just shut every door in the house and told everyone not to make any noise!”
Beach Bunny’s first EP Animalism was released December 16th 2015 with four tracks all with this very uniquely light and airy sound, fitting for the name Beach Bunny, which she says was given to her by a friend. The songs are all very much relatable love songs with crisp clear vocals, and attention grabbing tempo changes. The first track on Animalism, 6 Weeks starts out sounding like the very meaning of the word “pretty”, but then slows in the bridge and demands your awareness with goose bump-inducing vocals that rise with intensity, then settles and rests into the sweetness of the calm that was before the storm in the beginning of the song.

Lili has big hopes as Beach Bunny, and she sees herself writing more, maybe a bit more abstractly, but writing nonetheless. At the moment, you’ll find her playing a bunch of local shows in Chicago and at basement shows with other local artists. But she’s a dedicated attendee; her ultimate goal right now is playing Lollapalooza sometime in the future. And again, you really should follow her on social media cause she’s real funny, I swear. 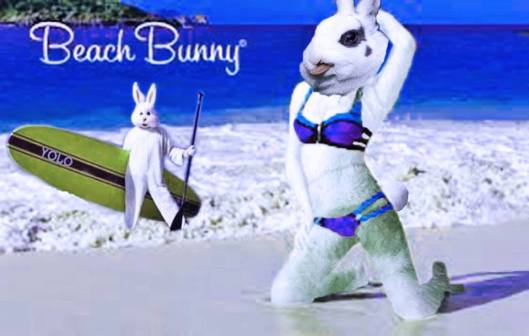 A few of her social media highlights

She drew this up herself, along with a lot of her other promo stuff 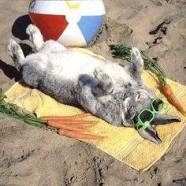