have always had a definite list of top three concerts I’ve ever been to that consists in, from first to last, in The Wombats at Varsity Theater, Hippo Campus at UW River Falls and Matt & Kim at Rock the Garden 2014. My list rarely ever changes, but after the SWMRS show in Margate, FL last week, some adjustments may need to be made.
I’ve been thinking about this really hard the last few days and I think SWMRS have beat out Hippo Campus for the number two spot when it comes to stage performance and experience, and the bumped Matt & Kim from the third place spot regarding music.
Cannelle [editor of Indie Daydreamer] suggested I check out the show a few weeks back, so I looked into them and didn’t give them much thought until a few days before the show when I started listening to their debut album on repeat in preparation. These distinctly Oakland, California boys have made it a clear fact that they are not from LA and think Miley [Cyrus] is a punk rock queen. Their sound is very surf-punk, though they call it ‘Hawaiiange,’ condensed for Hawaiian grunge.
When I showed up to the venue, a friend in tow, we were less than excited by a strip mall sports bar about 7 miles from the Everglades. We waited a bit for doors to open, and “the guy with the list” wasn’t there yet so I waited, and shortly after a large black van come ripping through the parking lot. The door opened before the van stopped and Steve, the list guy, jumps out and runs at me with a hug, apologizing for being late.
Once inside, it was a matter of waiting through two short sets for local bands. The place was your typical sports bar, fried food and the regulars at the pool tables. One thing that I always forget is that you can smoke indoors in FL, whereas in MN you haven’t been able to for years. Now I’m young, still a teenager, but the crowd made me feel so old. There was a good amount of punky teenagers, with band shirts, flannels, skinny jeans, side cuts, cigarettes tucked behind ears à la Mac DeMarco, and tons of Vans, like so many.
The Frights opened for SWMRS, and oh my gravity was that a match made in heaven! It’s a rare occasion when an opener so seamlessly flows with the headliner. They had a similar sound, but different enough that they were distinct of each other. There was obvious chemistry between the two bands being that Cole Becker (lead vocals and guitar of SWMRS) was in the audience watching most of The Frights’ set. Seb Mueller (Bass and vocals for SWMRS) was spotted in the crowd as well, enjoying a powerful cover of Weezer’s “Undone” with Cole.
As for SWMRS’ set, Cole told the audience, “Yeah so if you’re here to see us, you should probably stand up, you’re gonna want to stand,” before they started the first song, “Harry Dean,” and he screamed into the mic. They have so much energy on stage, jumping on and off amps and into the crowd. Cole is reminiscent of Kurt Cobain, with the whole hair in face, sweater and flannel deal he has going on. Nearly everyone gathered around the stage were singing along to “Miley” and when they played “D’Have a Car?” Cole instructed, “Ya’ll got to jump!” and they did. The finished the set with a sweaty “Drive North” in which the lyrics were cleverly changed to Florida cities, screaming “I hate Miami!” after some between-song banter regarding the crowds communal dislike of Miami.
The atmosphere was so fun and full of youthful energy, something Cole says really inspires him.”I’m really inspired by my peers, and passionate kids, like tonight’s show was so great for me!” We talked about Minneapolis (where I’m from) and Familia Skate Shop that Joey’s (Drums) uncle owns. Even the little bit I was able to speak with him after the show, it’s easy to tell he’s very socially aware, like I’d put him up there as the male version of Tavi Gevinson when it comes to current social issues.
You can catch them still on the tail end of their US tour, and they’ll be in the UK later this spring. All in all, I was very impressed with both The Frights and SWMRS; I haven’t listened to anything but them since, and I’d hands down go see them again!
(Editor’s note: originally written for Indie Daydreamer). 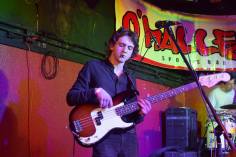 Thanks be to Gravity for Steve! 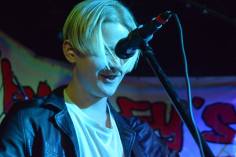 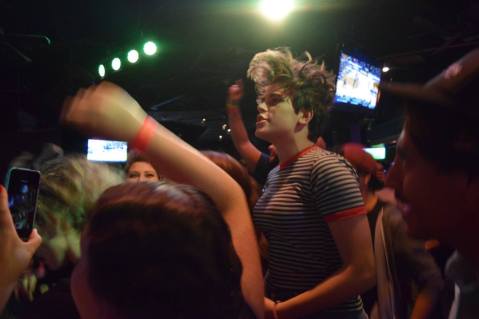 The best photo of a fan I’ve ever taken! 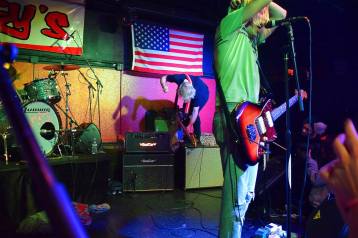 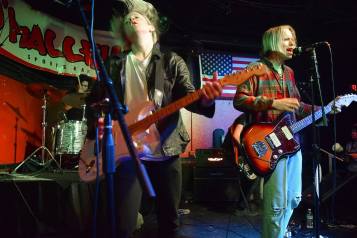