All words and photos by Mia Smith.

As a teen girl who loves to cry about love and things of that sort, Cigarettes After Sex is a great band to listen to for that pastime. Their beautiful songs about love and romance really remind me of that “sad girl leaving on a train” type of movie scene. Each song tells a story and they leave space for everyone to interpret it in their own way.

Seeing them live was just as amazing as I thought it would be. My friend and I got there super early and waited and waited, and it was so worth it. We were in the very front row. It almost seemed unreal – I just looked up and they were right there. Seeing the people behind the music you listen to so often is a cathartic experience, in a good way.

When it hits 8:30 the lights go down, and then they walk out and grab their instruments. No opening acts, no visuals, no colored lights. Just some smoke, plain low white lights, and good music. The simplicity of the band and how they present themselves makes the music come alive even more. The instruments and lyrics paint a vivid picture more than any lights or effects ever could. They don’t need anything flashy, just the good, simple stuff.

Their ambient pop tunes are so smooth and easy going. From the steady bass lines, the dreamy keyboard, the drums that fill in those empty spaces, and the extra dreamy vocals, Cigarettes AfterSex puts on a perfectly understated show that lets the music stand on its own.

They opened with “Sweet” and then played through most of the songs from their EP and album, and then end with “Apocalypse.” But that wasn’t the end, we demanded an encore and we got one. The actual end was “Dreaming Of You.” Then they bowed, thanked us, and walked off stage.

It’s impossible to stand still during this concert. You just have to sway. You have to. If you listen to the band, you know what I mean. If you don’t, check them out. You’ll be swaying. The atmosphere is full of so many wonderful things. There’s the sound of everyone singing along, the soft movements of everyone swaying along, and the tender moments of young couples.

Not only did Cigarettes After Sex deliver an amazing performance, they went next door to the Sundown at Grenada and had a signing. They happily signed a whole line of posters, vinyl, and took pictures with everyone who wanted one. They are very genuine people, and you can tell they’re just having a good time doing what they love to do. 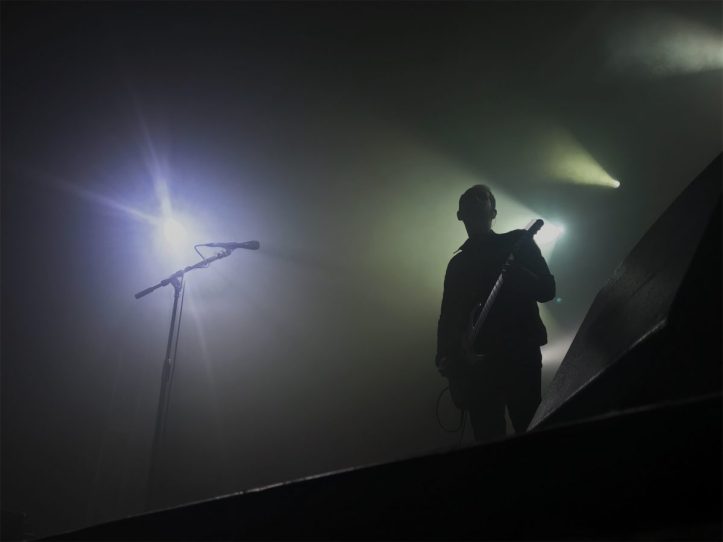