HEY kids! It’s been awhile hasn’t it?Like a whole dang month. I took November off to recuperate from the earth-shattering election results, as well as focus on school for a bit; ya grrrl’s gotta keep those grades up. So here I am, back in the swing of things with a concert review of a show I saw last Friday at 7th St.

I emailed about this show a bit last minute, but thank gravity for tour publicists who are on their email 24/7 and threw me on the guest list anyway. Also S/O to the box office guy at the entry who gave me a +1 on the spot even though I didn’t have one confirmed, much appreciated.

First on deck was VARSITY, The Chicago based band was on their second night of tour with American Wrestlers. They played a lot of their top jams from recent double singles releases like Cult of Personality-So Sad, So Sad and Smash/Still Apart. The venue was pretty sparse at the beginning of their set, and lead singer and keyboardist, Steph, asked the crowd to move forward and dance.

Towards the end of their set they played a few new songs, including one that Steph introduced by asking the crowd if they liked dogs because “Gordy” is about a dog. Then she added a little brain-dump that people don’t just like dogs, they love them, before proceeding with the song. 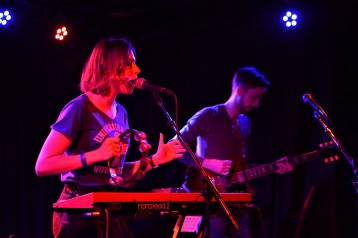 They were one of those bands that just very obviously enjoys themselves on stage in the most wholesome way. I lost track of the number of exchanged smiles and knowing glances between the five members of the band. I hate for this to come off as condescending, but at the end of the set, my friend and I turned to each other and simultaneously said, “they were so cute!” and we both meant it in the best way. VARSITY has this contagious happiness about them that draws you in and makes you feel the youth and feel the friendship and their tunes were the perfect soundtrack for that feeling.

American Wrestlers, the headliners that night, were fairly impressive considering I hadn’t ever heard or given them much listen before the show. They had this lo-fi, grunge-influenced indie pop that was nice to dance to. Lead vocalist, Gary McClure, is from Glasgow and I unfortunately had a hard time understanding his mumbly stage banter, but he seemed to be having a fun time! 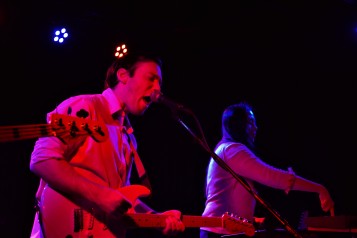 They played tracks off their latest full length, Goodbye Terrible Youth, that came out this year. They definitely had a larger fanbase at the show, including every member of VARSITY who, throughout the course of the show, eventually found each other in the crowd and danced to the rest of the set together. McClure took a request from the crowd, closing the show with a solo performance of a song I don’t know the name to. 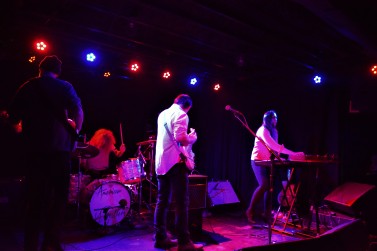 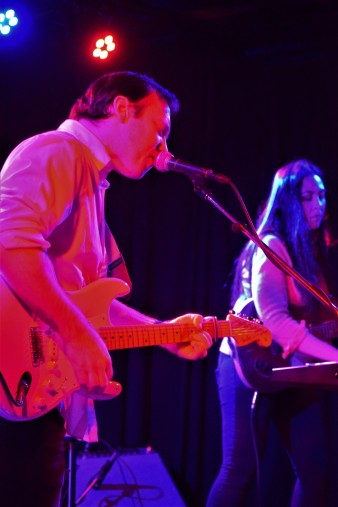 Be sure to check out VARSITY and American Wrestlers on the rest of their tour, and follow them on social media!