Young people! Art! Music! Love! It’s all so important, and this show really had it all. The three up and coming local acts thrived in the energy the crowd brought, leaving everyone happy hearted and thoughtful; smiles all around. Apart from mosh pits, which I’ve explained my love for before, I also love watching friends being friends with each other. I love their interactions and inside jokes and their laughter. I love seeing happy people being happy with other people they really care about, and that is exactly what this show was. Subaquatic Records successfully hosted another beautiful night, filling the room with a sense of community like no other.

First up that night was Good Luck Finding Iris. Now I’ve only really seen them around social media, but had never gave them a wholehearted listen, and boy do I regret that decision. The second their lead singer, Michaela Stein, sang the first line of their first song, I hate to over-exaggerate, but I was reborn. This band is honestly so extremely talented and it’s been awhile since I’ve had such a positive experience in seeing a band I hadn’t listened to before. From the encouraging sounds the audience was making throughout the majority of their set, I wasn’t the only one feeling this way. 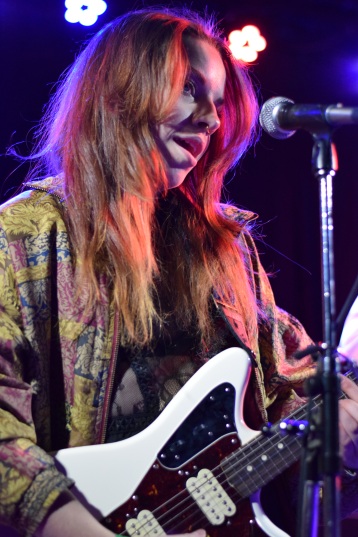 When Good Luck Finding Iris played their only released single,”Color Me”, the girl behind me screamed “@ SPOTIFY” to her friend (this same girl also yelled “I’m soooo gay” when Michaela took off her jacket which made me laugh to myself). There were quite a few more songs that the crowd lovingly sang along to. The band ended their set with a major fan-favorite “Christopher Robin”, and the band was nothing but smiles. A great beginning to this night. *Please take the time to go watch this video of Good Luck Finding Iris performing “Trovato”for Radio K so that you can understand too. Also you can listen and download more of their tracks here!

Up next was Juniper Douglas.I was really, really looking forward to seeing them after attending their live performance piece, In The Garden of Clay, back in the fall. I spoke with Juniper Douglas before the show asking what we were to expect of their set that night, and they replied with, “not really sure. . . We have some actors, and we haven’t rehearsed in this space before, so we’ll see!”

I was beyond enthralled with their piece that night. A big performance with silence, lights (or a lack there of), screaming, dancing, a tape recorder, and gorgeous, floaty, atmospheric music to accompany the entire being. The sounds reminded me a bit of Explosions in the Sky, or This Will Destroy You. Jake Luppen of Hippo Campus played guitar with them, and in the middle of the set they faded into a live rendition of “Wood Rose”. I don’t want to give everything away, because I sense this strange, thought-provoking mystery shrouding Juniper Douglas that I want to protect, and it’s really just something that you need to be there to experience in person. 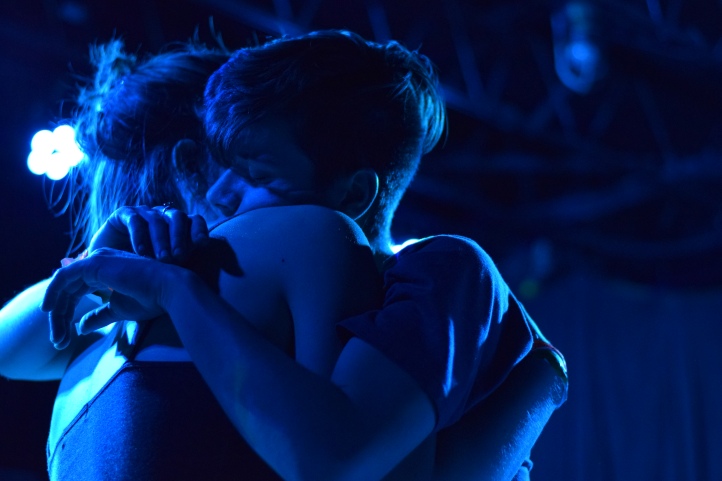 As Juniper Douglas’s piece came to a close that night, all I could think was “god, I want more.” I definitely don’t think that everyone in the crowd was feeling it like I was, it wasn’t for everyone, but at the same time I think it’s important that everyone there saw and experienced it. There is evidently so much love and passion that went into every bit of it. Nobody in attendance that night will ever, ever forget it. *Juniper Douglas is bit up in the air right now as for future plans and events, except for a Radio K performance in March, so stay tuned for that and check out the music video for “Wood Rose” again!

And last on the bill that night was Ayvah, oh goodness Ayvah. I’ve been meaning to see them for so long now, and it was just kind of perfect how it all worked out. SO MUCH SOUL. Like, so. much. The smoothness and soulfulness of everything was so intense I literally wrote in my notes, “this makes me want to write so much nicer, they deserve it.” being that my notes are usually chicken scratch. Ayvah is such a talented group of young people so enthusiastic about what the are doing, their happiness is intoxicating. The guys from the band Early Eyes were front row and jamming so hard, it was difficult to decide between watching the band, or watching them. 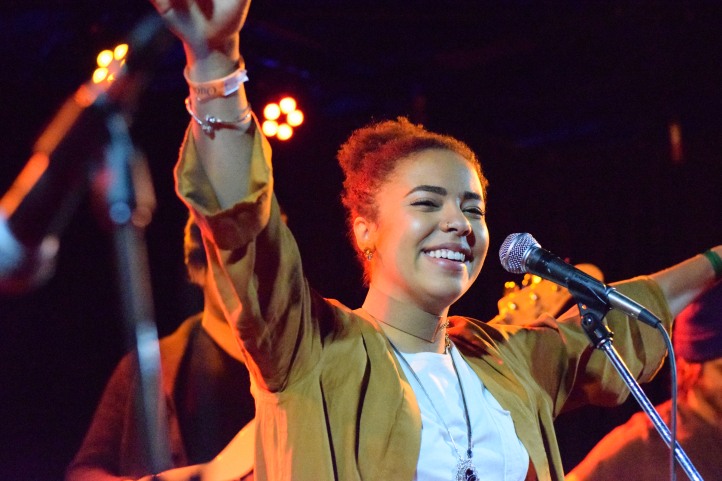 There was a bit of an instrumental break in the middle when lead vocalist, Ava McFarlane, joined the Early Eyes boys in their dancing right at the front. Local musician and photographer, Lee Tran, popped on stage to play sax with the band for a bit. After Ava jumped back on stage for a few more songs, they closed the night with one of their most popular tracks, “Lay Down For Me”, the crowd ardently clapping along. With an cry of “I love you Ayvah!” and a reply of, “love you too! Thanks for coming out, have a dope night!” the show was over.

I want to thank all the artists for making this such a pretty night filled with everything good. And another thank you to the ever-gracious Zeke at Subaquatic Records for having me again, it means a lot and if it isn’t evident already, haha, I enjoyed myself, so thank you. Check out more photos below because this has been one of my favorite shows ever to shoot  🙂 🙂 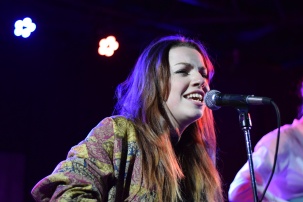 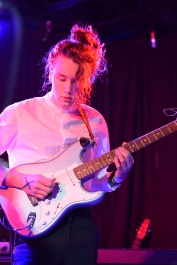 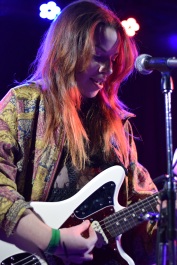 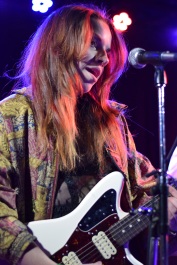 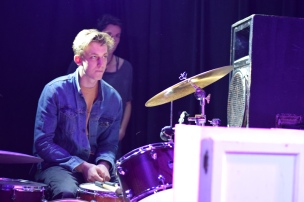 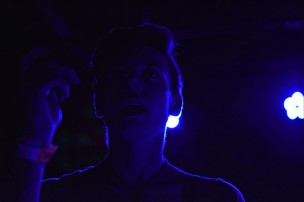 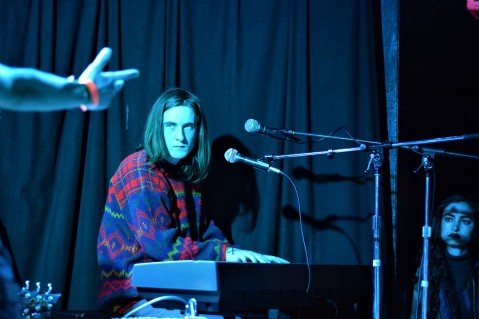 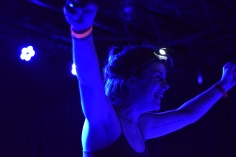 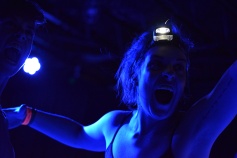 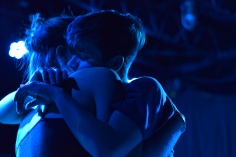 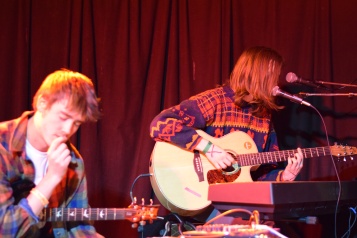 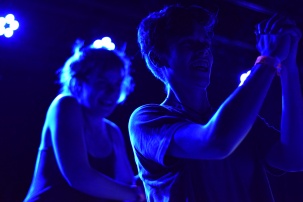 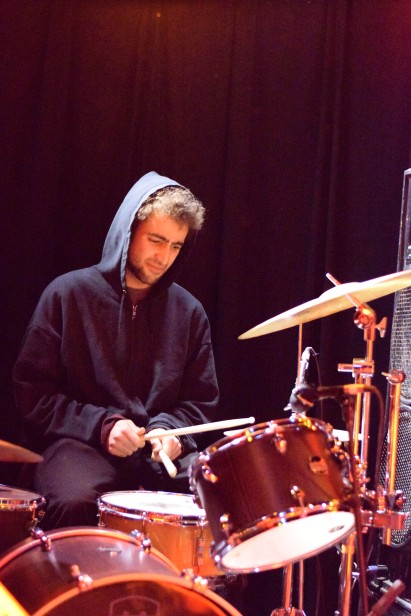 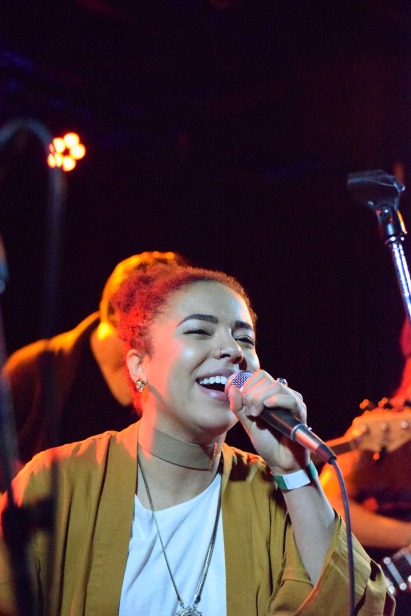 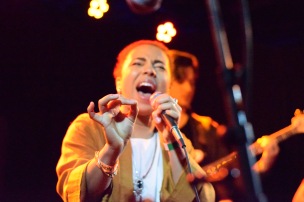 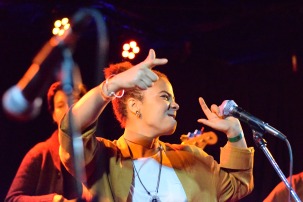 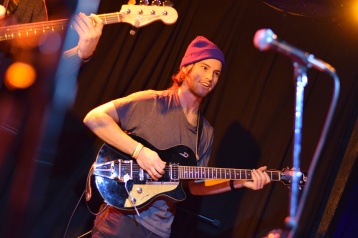 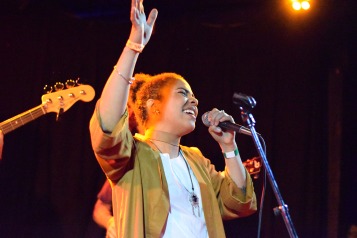