I know this show will be way up there on my list of favorite shows for this year. Both artists’ talent demanded complete, haunting, silence from the audience. It was such a beautiful thing to be a part of, to have experienced, and I’m forever grateful for that.

I wish I would have caught more of serpentwithfeet’s set, I only got to see the last three or four songs, but loved it nonetheless. Josiah Wise, a classically trained singer, drew the crowd in with powerful, whispering vocals on vulnerable songs that were shamelessly queer. There was this confident hurt about his music and stage presence that made me feel like Wise could destroy your life with a single look if he wanted to. Serpentwithfeet finished their set with “four ethers” off the 2016 blisters ep, effectively gaining the respect and love of everyone in that room.

I was nervous that Perfume Genius would only play songs off the brand new album No Shape, because I am a bigger fan of their second and third albums. After starting off with some of the hits off No Shape like “Otherside” and “Just Like Love”, I was glad to find that that was not the case. About a third of the way into the set, Mike Hadreas announced that he was “gonna play a few softer numbers,” followed by some of my absolute favorites off the second album, Put Your Back N 2 It: the simply swoon-y “Normal Song,” the piano heavy “Dark Parts,” and “All Waters,” which I’ve been sobbing to since freshman year of high school.

Towards the end of the night, the music picked back up with more hits from the new album. An audience member yelled “Queen!” to which Hadreas replied, “Heh. . . Actually I’m not going to play that one tonight . . . Just kidding. . .” Closing the set heavily with, “Slip Away,” the band quietly and humbly walked off stage.

Hadreas returned solo shortly after for a six song encore that began with “Alan” which had me frozen in place with tears sliding down my face. The encore also included a beautiful piano cover of Big Star’s ballad “Kanga Roo,” before closing the night with the famed “Queen” which probably received the most dancing all night. All in all, gorgeous night, gorgeous music, I highly, highly recommend Perfume Genius live. Some photos below 🙂 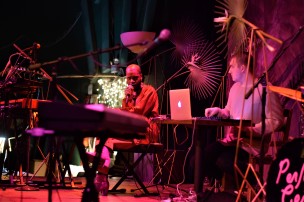 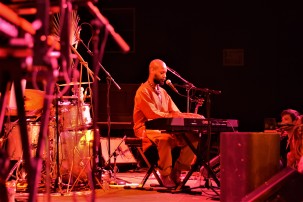 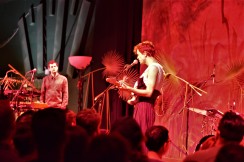