Rewind to last summer when I spent way too many hours on Rookie Mag in a stuffy office in South Florida. I read this piece (and this one a few months later!) on a road trip for artists; like literally a bunch of teenage artists got in an RV and took a road trip from MPLS to New York and worked on their art work. While this sounded like the road trip of my teenage-art-school-longing dreams, I was super excited to see something on Rookie from my lovely city. I messaged the writer/artist, Zophia Dadlez, gushing about how cool I thought the whole thing was and then we became internet friends.

This past year, having been back in MN, I was able to feature some of Dadlez’s songs (because yes, she does do it all) on Gamma’s monthly playlists. The one thing that for some reason or another we never did was meet in person – until last Saturday. 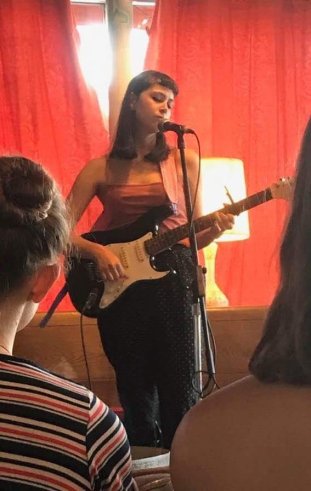 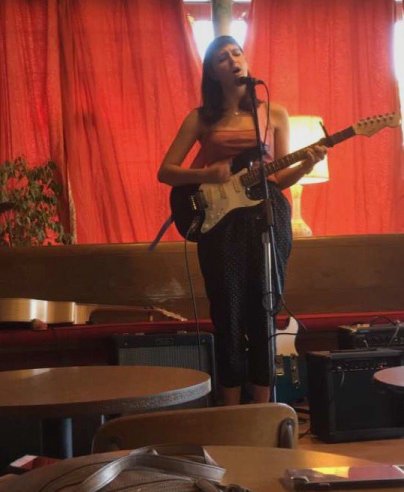 Dadlez played her first gig ever on Saturday opening for local songbird, Gabby Z. A handful of originals from the 2016 release, ZJD, as well as a handful of covers including some of my favorite artists. Three songs in and I had written down that she reminded me of the Crutchfield sisters (Allison Crutchfield and Waxahatchee), Daughter, and Julien Baker. Sure enough, Dadlez covered tracks from both Waxahatchee and Julien.

It warmed my heart to see the room filled and near silent as Dadlez calmly joked about the sadness of her set and how she was “sick of singing about [her] boyfriend from two years ago.” She closed her set with her most popular track, “Prayer for a Warm November,” as friends in the audience whispered the lyrics to themselves, transfixed on Dadlez’s soft smile to herself.

You can check out more of her music, originals and covers, on her soundcloud! Thanks Zophia, it was so nice to finally meet you!